The gestapo like raids on the News Corp Australia journalist Annika Smethurst and on the headquarters of the Australian Broadcasting Corp about an investigative report about war crimes committed in Afghanistan by Australian participants in Washington’s war against the Taliban are something that all New Zealanders need to be majorly concerned about. It is as though the imprisonment and slow murdering of Julian Assange rotting towards death in a British prison on trumped up charges at the demands of the criminal U.S. government has given license to the Australian police, actually any police anywhere, to start actions against investigative reporting of the crimes our governments commit in our names in foreign lands as well as at home.

The Gestapo raids soon spread to other Australian journalists, including one whose sin was to report on “asylum seekers,” a particularly poignant Australian story. However, we have similar instances of concern right here to be even more worried about as we all know that here in New Zealand our press working on behalf of the establishment did all they could to show up investigative writer Nicky Hager as simply a deranged stirrer in his book with John Stevenson Hit & Run: The New Zealand SAS in Afghanistan and the meaning of honour. In this expose’ of New Zealand’s military involvement in Afghanistan Hager exposed the NZDF as having committed crimes against civilians in a botched raid against two villages where the actions could be considered as stated by Human rights lawyer and former New Zealand Chief Human Rights Commissioner Margaret Bedggood “if confirmed, would seriously breach international human rights and humanitarian law and could amount to war crimes.” For months the NZDF denied any wrong doing with the then Prime Minister Bill English also having viewed a video of the incident and been briefed by the NZDF also denying any wrong doing. The NZDF, along with a compliant media went on the attack using every trick in the book to avoid any investigation of the incident with the media focussing on the slight error about one of the locations that Hager admitted was an error. English also banned the public having the right to view the video of the incident thereby setting the precedent for another video being banned from public scrutiny by the New Zealand government years later, that of the Christchurch Mosque shooting massacre.

Here we have a major incident that happened in New Zealand surrounded in undisclosed mystery with the government denying public scrutiny of the video of the massacre by banning it being made public. It’s not that anyone is or should be interested or turned on by seeing people being shot to death, seeing blood and mayhem happen to innocent people, that would certainly not interest me, but what we do know is there are plenty of questions needing to be asked and answered about this incident. Some people who have seen the video (people who live overseas where they could easily see the Facebook video long after the New Zealand government banned it from being viewed) have reported two different versions of the video being in existence and many claim that the initial or ‘version1‘ of the video was not a live broadcast but that there is clear evidence that it was a recording being played as though it were live filming. These reports give rise to the thought that there will be a cover up of truth by the NZ government for reasons no one can explain at this point because it treated thinking people with disdain under the auspices of protecting us like little children. When added to the fact that some formerly high ranking now disgraced criminal senior officials of the U.S. government were here in Christchurch, NZ at the same time of the shooting adding that NZ was a prime target for terroism simply adds to the intrigue about what could be a cover up of truth about the deadly crime that happened in Christchurch. Just why did someone who had recently travelled to Islamic countries and spoken highly and positively about them suddenly turn so sour as to commit this crime, alone?

And talking of cover ups what about Kim dotCom, the world famous internet entrepreneur who is facing, like Julian Assange, extradition to the U.S to face spurious charges about republishing entertainment stuff on the now defunct file sharing website Megaupload plus information some of which is linked to the criminal activity of the Clintons and the Russiagate fiasco that has gripped the U.S., without foundation, for the past two and bit years. His lawyers argue that he has not broken any NZ laws and therefore is not eligble to be extradited to the U.S. but the pressure from America for NZ courts to yield is immense. 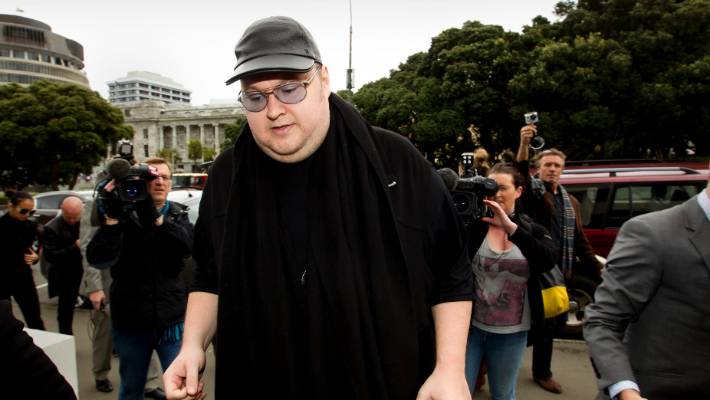 The deep state over there used their puppet at the time, NZ PM John Key, to authorize the elite hit squad of the NZ Police to helicopter into his mansion in Auckland to arrest him at gun point. This is another truth teller getting gazzumped by strong powers that want you and I to remain ignorant about what they do in our name and against us and other people in other lands until it is too late. The NZ Herald‘s story today remained fascinated by his private life and disappearing wealth but the small article about dotCom basically rejoicied in his predicted soon demise in the NZ Supreme Court where NZ will no doubt hand him over to the Americans to silence forever in prison for daring to talk the truth and obstruct the enormous profits of the media there as well as exposing the criminal activities of the senior political elite over there. For, whatever else you think of Kim dotCom he is a very smart and media savy man. He tweeted “In 2005 I created a website that allowed people to upload files to the cloud. At the time only small files could be attached to emails. Megaupload allowed users to email a link to a file. That’s it.
In 2019 the NZ Supreme Court decides if I should be extradited for this “crime”.” Another of his troublesome (for the U.S. deep state) tweets is this one “The irony of Trumps Huawei ban is that the alleged conduct of abusing technology for mass surveillance is exactly the conduct of the US. It turned its entire tech sector into a spy machine against all people, everywhere. And because the US does it they think China will do it too.”

Our current media keeps us misinformed by not investigating truth; repeating government lies or by omission not reporting important facts abut touchy subjects. It is only going to get worse because none of those who call themselves journalists have so far raised a finger against them that pay them large salaries to be silent on the erosion of our freedoms and the stripping of our rights and our ability to keep our goverments accountable. If you follow the media you will be misinformed and misled, big brother is real and determined to remain in control.