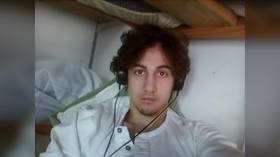 In what is truely an extraordinary turn around for the American Establishment a judege has over turned the death sentence for one of the convicted Boston Marathon bombers. That Paul Craig Roberts  is exposing this is something special as there are many people out there making out they are trying to ‘save conspiratory theorists’ from themselves and their so called conspiratory thinking that is against what the establishnent want you to beleive. 9/11 is the obvious one still rife and used by mainstream to fool the unquestioning millions worldwide despite University of Alaska Unversity Engineering reports that completely debunks the official line. Now this