KW: No U.S. involvement, and an agreement made. As is happening in Korea where the North and South are discussing peace with out the U.S. poking its nose in, agreements are being made that can be kept and honoured instead of scrapped as with Trump and all the long-standing treaties he has destroyed. The significance of this agreement can’t be underestimated as both France and Germany have for once followed what for them is an independent policy stance. The real importance of France and Germany going to Turkey to meet Putin and Erdogan is that they are effectively hiving off from the US by joining the Astana process. They are breaking the boycott of Syria, while preserving the “need for elections” talking point. Without Nikki Haley’s consent!

Europe is frightened for its security. It does not want the refugee situation nor the Jihadi situation in Europe to be made worse by an Idlib invasion. This is why Europe is in Istanbul. As Macron said, the Idlib deal may be sustained. 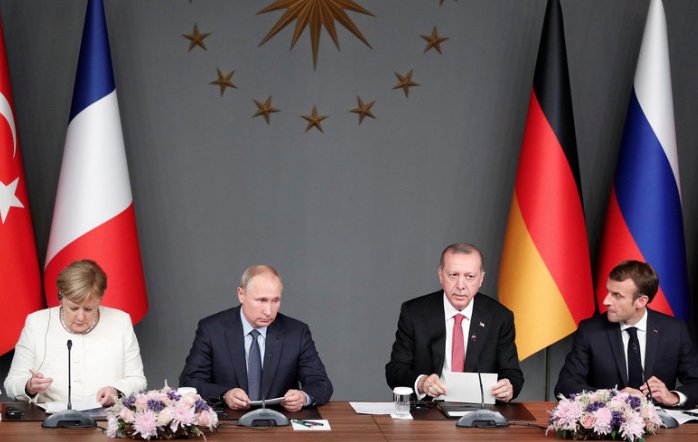 Russia has reiterated that the Idlib deal is temporary. The jihadists must be killed or arrested. But Russia wants the EU to engage and commit to reconstruction aid for Syria, which can help refugees return. Europe is angry at the U.S. for unilaterally scuttling the Iran deal and possibly crushing the Iranian economy, which could further destabilize the region and lead to an even greater refugee flow toward Europe. The US policy is very bad for Europe. Despite years of disagreements on Syria, leaders of Turkey, France, Germany, and Russia have worked out a common vision of the steps to reconciliation in the war-torn country as they met in Istanbul. Turkey, Syria, Iran and Russia want to drive the US out of North Syria and end its alliance with the YPG.
There are many competing agendas among the different sides in Istanbul, but this is an important step forward, breaking with America’s stated goal of boycotting Syria so long as Assad remains in power.
It is a logical step forward after many Gulf countries, such as Bahrain and Kuwait, took measures to recognize the present reality of the Assad victory and work toward the normalization of relations between their countries. 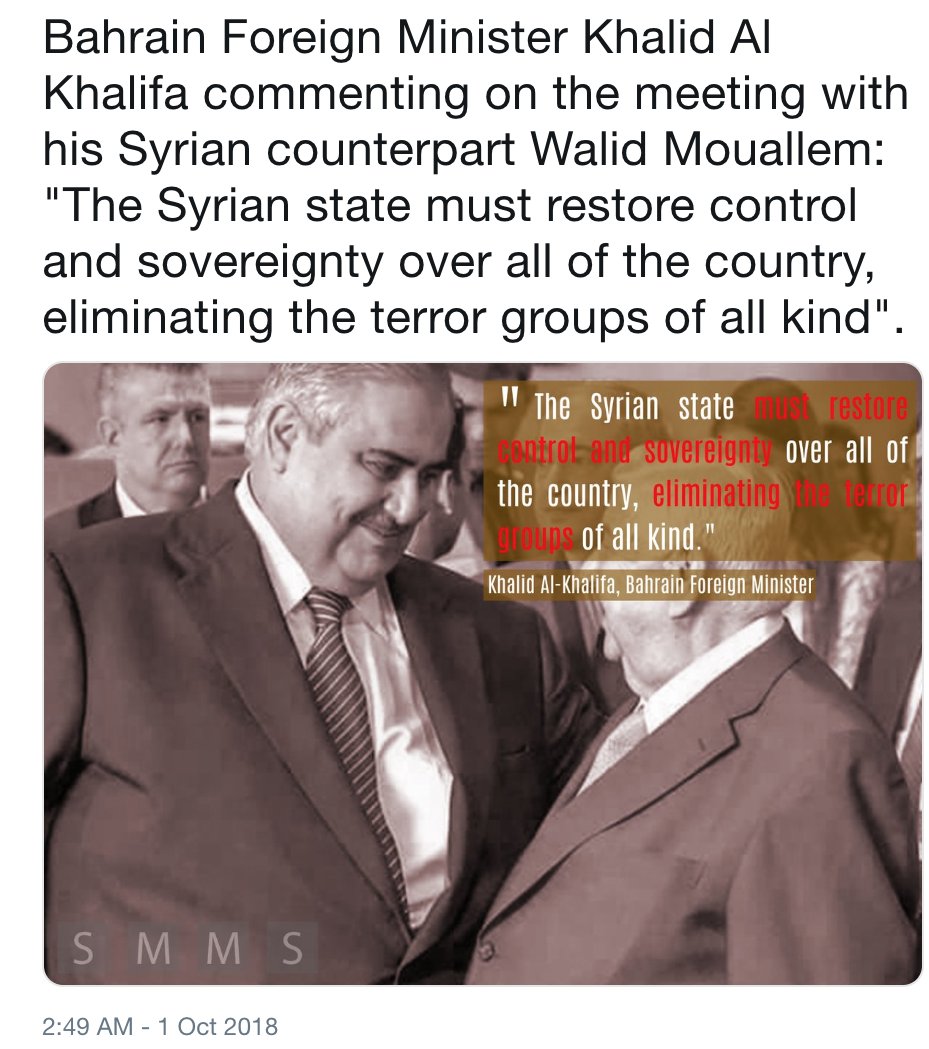 In some respects, the Istanbul summit is simply reality asserting itself after Assad’s military victory. All Syria’s neighbors have an interest in reestablishing a stable region, taking care of jihadists and security, and improving economic & pol conditions for refugee return. In other respects, it is a response to the US’s skewed foreign policy. The U.S. policy of arming KSA & crushing Iran is bad for stability in the Middle East & Europe. The Khashoggi Affair highlights the weakness of US policy. It provides Europe an incentive to step out alone.
Here’s the summary of the Turkish summit.