KW: Once more scientists attempting to become their own God come unstuck. GE modification interferes with a natural cycle. Regrettbly, now the scientific study paper is now under attack……. from the papers own very author! A recent journal article about GM mosquitoes has caused quite a stir. It showed that some of the male mosquitoes that Oxitec Ltd released experimentally in Brazil had successfully interbred with the local mosquito population, and that their hybrid offspring were now spreading and propagating beyond the release area. This despite Oxitec claiming its mosquitoes had a lethal gene that made them “self-limiting“.

The paper came under immediate attack. No surprise there, you might think, as many studies drawing attention to problems with GMOs have come under ferocious attack following publication. Often this involves demands for retraction and the deluging of journal editors with irate correspondence – campaigns of attack for which there is good evidence of corporate orchestration.

But this time there’s a difference because the attacks by Oxitec, the company behind the GM mosquitoes, have since been joined by one of the paper’s co-authors, biochemist Margareth Capurro from the University of São Paulo in Brazil.

Indeed, according to an article for Science, Dissent splits authors of provocative transgenic mosquito study, Capurro isn’t just complaining about the paper – she and “several co-authors have reportedly requested that it be retracted”. 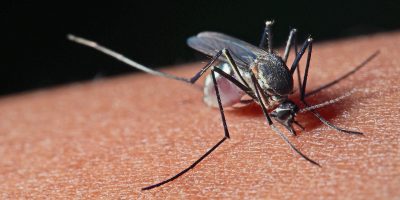 A British-American gene-editing company has released millions of genetically modified mosquitoes containing a dominant lethal gene, each week for 27 months in the Bahia, Brazil region in a test to see if the gene-edited mosquitoes would mate with local mosquitoes carrying Zika, malaria or other mosquito-borne diseases. A new study documents the alarming fact that following an initial reduction of the target population of mosquitoes, after some months the “population which had been greatly suppressed rebounded to nearly pre-release levels.”