KW: The early barometer measures of just how sick or bouyant as economy is are given by looking at the transport sector. If goods aren’t being moved from one place to another its not good whereas an expanding and bouyant economy has increaing demand for manufactured goods. The heavy truck sector is an early indicator fo how well the economy is going and the industry is not gearing up for a rush any time soon having had 2 really bad months in a row. It’s not Trumps fault but he is deluded when he tells Americans everything is beautiful. Worse he doesn’t want this now facing re election in 14 months time. On top of this the jacked up employment statistics are not good either despite the BLS rewriting history to make the figures look good. The markets are recognising the problems now if not doing anything much about it but the writing is on the wall.

It has been a remarkable, rollercoaster week for the market, which first plunged after a dismal manufacturing ISM print, the lowest in a decade, as stocks shocked traders by responding correctly for once to shitty economic data… 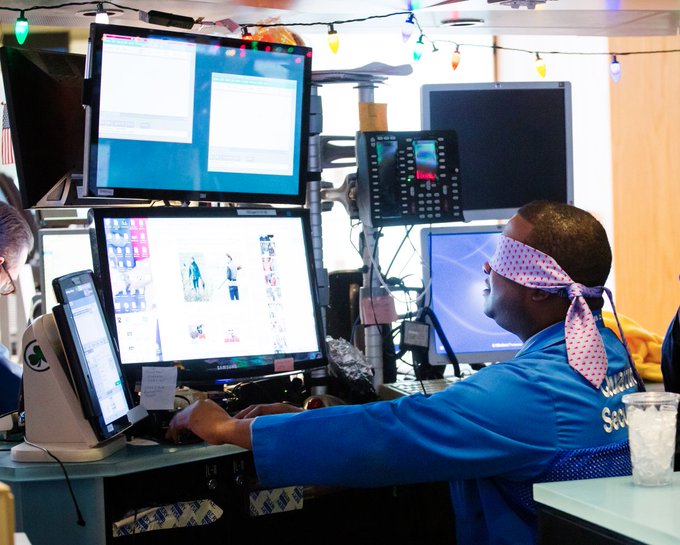 152 people are talking about this

… then briefly plunged some more after the non-manufacturing ISM also badly missed expectations on Thursday, only to reverse the drop just as violently as liquidity junkies observed the jump in October rate cut odds, reassuring traders that the Fed “got their back” again, and pushing the S&P sharply higher as “bad news was great news”. The week then culminated with today’s disappointing payrolls report, which however could have been even worse, and as rate cut odds dropped modestly, stocks surged as “decent news was great news.”

In other words, we went from “bad news is bad news” to “bad news is first bad news… then great news” to “decent news is great news.” In the end, after starting the week off around 2,970, then plunging as low as 2,860, the S&P is almost back to unchanged, and set to close the week just barely changed at 2,950.

Back to the truck article