US Trashing INF – Another Reckless Blow to World Security

KW: As is happening inside the U.S. itself with greater and greater polarization and division creating a societal divide that all politicians are talking about including the number one reason this polarization is becoming so pronounced, Donald Trump himself, so once again the whole world is dividing into confrontational blocks caused by American paranoia and lies & propaganda from mainstream media about Russian medling in their elections, Chinese theft of their jobs and intellectual property (widespead in U.S. financial commentaries).

The only problem is that this has set the whole world down a dangerous path to the extinction of all life on planet earth. Just one mistake from someone and we can all die, some quickly in searing heat and others like us here in NZ who will die from freezing cold becasue idiots in powerful political positions want war. The U.S. economy is a war machine you only have to look at this picture to understand how powerful the military is and Trumps election promises to drain the swamp has resulted in him being completely drowned in the swamp, hands tied to the military. 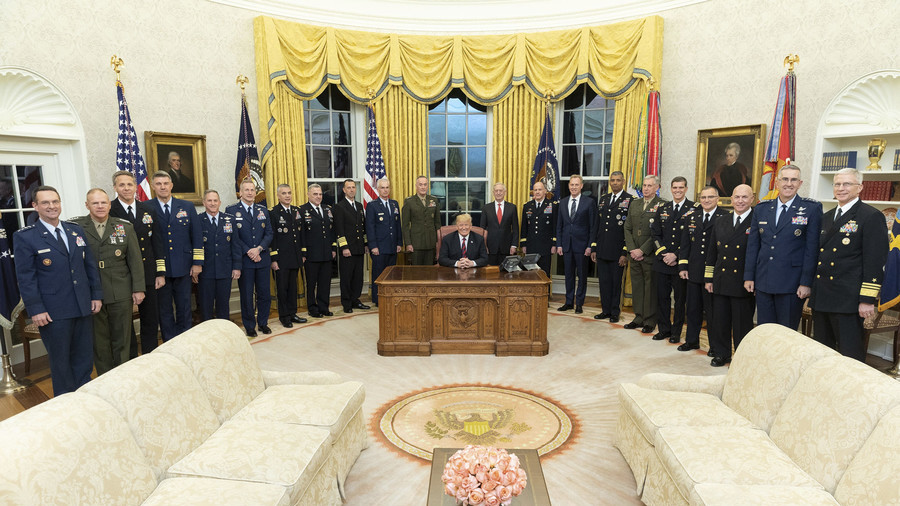 Its all driven by greed. Take the Kashoggi killing in the Saudi Embassy  in Turkey. Never before has something quite as wicked as this happened in property that most deem a sanctury of some sort to its citizens. However, here we have both Trump and Theresa May trying to quieten things down so they can both still sell billions of Dollars of arms to the murderous Saudi regime  and still be seen to condemn the Saudis for the dispicable act of murder to one of their own, obviously initiated by the Saudi Crown Prince himself (acting on the list provided by Trumps son in law Jared Kushner some weeks ago?). The situation is so messy that Trump has dispatched the CIA Chief, the murdeous Gina Haspel to investigate!!

Wouldn’t it be better to send the FBI to investigate what happened rather than the CIA?

The world is becoming a great deal more dangerous with the U.S. shipping more arms and ammunitions to Europe than before the end of the Cold War, yet our media remain obediently silent. We are in even more dangerous times than the past 30 years. For whatever reasons, both leaders at the time, President Ronald Reagan and Soviet General Secretary Mikhail Gorbachev, had developed a deep personal fear of nuclear weapons. After agreeing in principle, though informally, in February 1986 that all nuclear weapons should be eliminated, the following year they abolished an entire category of those instruments of mass destruction: nuclear-warhead–bearing missiles with a range of some 500–5,500 kilometers. Trump is all in for more weapons.  Whilst Mikail Gorbechev, a signatory to the treaty said “Trumps decision to quit INF is narrow minded, a clear mistake. 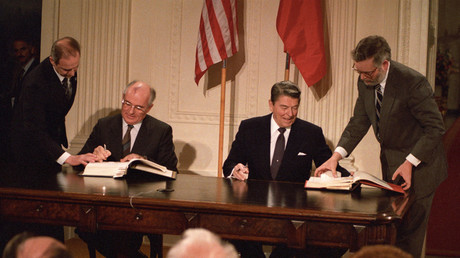 EDITORIAL : It is not Russia nor China that are pushing the limits of international security. It is the United States.

Source: US Trashing INF – Another Reckless Blow to World Security