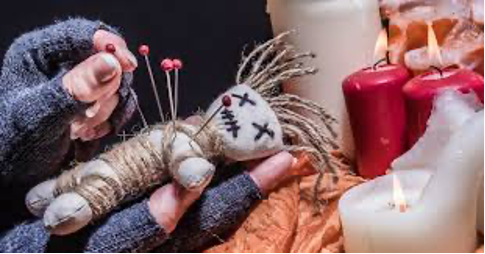 The new millennium has been marked by increasingly dramatic economic change.

Economics is (or should be) easy to understand. It’s essentially the production, consumption and transfer of wealth. The transfer of wealth normally takes place as a result of the balance between scarcity and demand.

However, over the ages, there have always been those who have sought to alter or pervert economics for their own ends.

In recent times, the scams created have become both more complex and more profitable and have been played on a grander scale. Taxation, debt creation and inflation have become key techniques in extracting wealth from people on a wholesale basis, generally without those people understanding that they are essentially milk cows waiting for Farmer Dimon or Farmer Powell to come out to the barn with the milk pail.

As complex and confusing as modern economic milking has become, it is, in essence, simple in nature, if we can manage to see through the smokescreen.

But as stated above, in recent decades, the game has taken on new dimension.

An economic crisis of major proportions has been brewing, and now that the crisis has begun, the scam must be elaborated upon in order to pull it off, whilst protecting the scam artists from being blamed for what they’ve created.

Never before have we witnessed such a level of flimflam – a proliferation of talking heads touting “economic principles” that have no foundation whatever.

Whether it’s Modern Monetary Theory as a whole or any of the plethora of programmes that ride on its coattails – such as the Green New Deal, quantitative easing or the THRIVE agenda – around every corner there are new efforts that I regard as “Voodoo Economics.”

The economic circus has arrived in town. And as with any circus, there are not only the main events, but distractions of every kind, created to maximise confusion.

It might be said that the reigning priestess of Voodoo Economics is IMF Managing Director Kristalina Georgieva. As the Marie Laveau of the IMF, she has been highly visible of late, in presenting the IMF’s “Three Imperatives.”

In her presentations, she speaks of these surefire problem solvers, not in economic terms, but in “woke” politically correct terms. In her introductions, she describes them as no less than the path to a “sisterhood and brotherhood” of humanity.

Did you know the US government has printed more money recently than it has for its nearly 250-year existence?

It’s the biggest monetary explosion that has ever occurred.

When any government starts carelessly spending and printing trillions, it’s a sure sign that you’re entering dangerous territory.

And, the average person could see their nest egg decimated as financial wealth evaporates. That’s precisely why, Doug Casey and his team just released an urgent new dispatch revealing what you could expect and what you can do about it.

The first of the Three Imperatives is “The Right Economic Policies.”

She describes this rather vague category as “prudent macroeconomic policies” that include dramatically increased debt and “private sector participation.” This may be taken to mean a plan for the bill of increased debt to be passed to the private sector. (i.e., “We run up the tab; you pay the tab.”) This is the essence of the category, with most of the rhetoric being focused on buzzwords such as “resilience,” “competitiveness,” “confidence,” etc., which, although sounding encouraging, don’t offer any real explanation as to how the plan will be carried out.

The Second Imperative is “Policies Must Be for People.”

This sounds okay in principle, but again doesn’t really offer anything specific. She explains that it encompasses social re-engineering to reduce “disparities” and to accelerate gender equality. She further states that a move is necessary toward central funding for health and education, plus a digital economy that will be “critical for growth and development in the future.” Still, though, nothing specific. Mostly what we have here is feel-good platitudes.

The Third Imperative is simply “Climate Change.” which she states is “posing profound threats to growth and prosperity.”

A generation or two ago, those who watched the Miss USA contest would laugh as one contestant after another, when asked what her personal goal was, stated, “World peace.”

The contestants offered no expansion on their comment, as to how they intended to accomplish this, which tended to brand the contestants as very pretty airheads.

Fast-forward to the present time, and it’s no longer just the Paul Krugmans out there who are touting airhead notions of how to deal with the world economy. Everyone at the top – whether it’s Jamie Dimon, Jerome Powell or Kristalina Georgieva – is offering Voodoo Economics as the cure-all for the woes that have been created by the governments and central banks.

In a sense, this is not new. John Maynard Keynes, having become a Fabian at his alma mater, the London School of Economics, wrote his 1936 book, The General Theory of Employment, Interest and Money, as a means by which collectivism could be created worldwide through the awarding of economic control to central governments.

Not surprisingly, in the eighty-four years since its publication, it’s still a runaway hit with… governments. It’s rare if not impossible to find a government that does not wholeheartedly agree that it should be entrusted with all the wealth in the world and have the authority to decide how it should be parceled out.

Of course, there’s a bit of a flaw in this concept, in that governments don’t actually create wealth. They may print currency, but wealth itself is created by those who invest their money in the creation of goods and services.

Governments are essentially a form of parasite – a tapeworm that feeds off the host, the actual creator of wealth. Interestingly, Mister Keynes himself, just prior to his death in 1946 stated that his theory didn’t really work – that since government is not a disinterested party, it would not act in the interests of the economy, but in its own interests.

The new IMF advert campaign, as presented by Ms. Georgieva, is utterly Keynesian. It essentially says, “The party isn’t really over. All that we need do is to print money and champion politically correct causes and we can once again fill the punchbowl.”

As she points out, “Now isn’t the time to balance the books.”

The new programme is short on actual explanation as to how the Voodoo Economics will be carried out, but it will come as an inspiration to those who, at a time when hope is in decline, are only too happy to jump to the next empty hope in order to avoid facing the fact that economic reality is knocking at the door.

Mister Keynes did not write on economics as Adam Smith did. He wrote not on what economics is, but what he would like it to be if it were used to herald in collectivism.

The fact is that economics, at its heart, is fairly straightforward. It’s the study of what really exists and will play out, regardless of the latest Voodoo that’s being peddled.

As such, as the crisis that has now begun unfolds, those who choose to follow the Voodoo can expect to find themselves as casualties.

There will be greater hope for those who choose reality, however more painful it may be to face.

Editor’s Note: The truth is, we’re on the cusp of a economic crisis that could eclipse anything we’ve seen before. And most people won’t be prepared for what’s coming.

That’s exactly why bestselling author Doug Casey and his team just released a new dispatch with all the details on how to survive an economic collapse. Click here to see it now.